iRacing.com released a new video showing us a preview of the upcoming Dynamic tracks feature that is in development.

In-House Software Engineer Dan Garrison explains that up and till now, the track surface in iRacing has always been static, meaning that the track does not change during the duration of a session. The iRacng software engineers are now working on a system that will enable them to have cars interact with the track. Track features such as temperature, rubber surface and marbles will become dynamic as they are generated by a physical based model.

The track will be divided up into small cells. Whenever your car tires generate heat, dirt, or a rubber layer on certain cells, the position and parameters will be broadcasted to the server. That way the track changes your car created will become an actual track state for all competitors in a race.

The included video shows us a preview of the current state of development. During a session at the Five Flags track, the dynamic track effects are exaggerated for demonstration purposes. It becomes clear that once the dynamic track feature is implemented, it will require you to run a more intelligent race and try to predict where the grip is due to the track changes that will happen over time.

Dan explains that this first attempt will set the foundation for bigger and better thing such as day to night transitions, moving sun, weather changes, wet and dry lines, and more. Iracing is truly working hard to change the face of race sessions within their online racing platform. 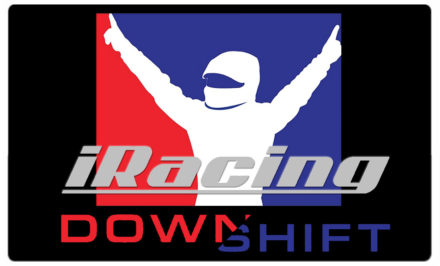