The Le Mans eSports Series follows a calendar which takes qualifying players through 6 qualifier sessions and a Super Final to be held in France at the 24 Hours of Le Mans in June 2019. The competition boasts a $100,000 prize fund. But that’s not all. To honor the spirit of motorsport, the winners will be celebrated on the official 2019 Le Mans 24 Hours podium during the world-famous endurance race.

Rookies, Amateurs, and Professionals are all welcome to register and start qualifying using Turn10 Studios Forza Motorsport 7. Competitors can qualify online from the comfort of their home or visit one of three on-site events for held in Fuji, Japan (October 2018), the Autosport International Show, in Birmingham UK (January 2019), and Sebring, Florida (March 2019). The Le Mans Esports Series championship is composed of 6 events and a Super Final with teams that will take place at the 24H of Le Mans 2019.

ORGANIZATION OF THE CHAMPIONSHIP IN 3 MAJOR REGIONS

The championship is divided into 3 major regions :

While registering, you are invited to chose the region that you reside for which you wish to compete (you can only compete in one region).

ORGANIZATION OF THE QUALIFIERS

Each qualifier is divided into two stages :

For more details, check out the detailed programme of the 6 qualifiers

Drivers can qualify in two ways for the Super Final at Le Mans :

Directly by winning one of the six qualifiers of their regions.

Or at the end of the six stages of the championship according to the team points rankings.

Finally, two teams will be directly invited by the LMES Organization (“Wild Cards”).

See the section: How to qualify for the Super Final at Le Mans for more details.

At the end of each qualifier, points are awarded to participants based on their results AND the number of participants.

For more details, check out the scoring and awards section 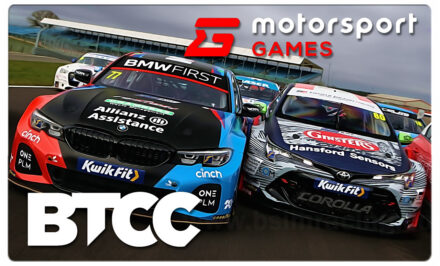