It is clear that with the recently released Project CARS 2 racer, Slightly Mad Studios is heavily focusing on the online racing scene, and wants to become one of the major eSports racing titles.

Project CARS 2 is shipped with an arsenal of online racing and eSports features which give the private league organizers and the professional eSports scene the tools and ability to set up their online events with a minimum of effort.

But there is more. A successful online racing event has to be moderated and has to result in a fair and competitive experience for players of various skill levels.

In a nutshell, to ensure, that online Project CARS 2 races do not turn in to the usual wreck-fests, Slightly Mad Studios also introduced a player raring system which they call the Competitive Racing License. The rating system will track the drivers Safety reputation, Competition strength, and Overall experience. Your Competitive Racing License results can be monitored via the Drivers Network Profile pages.

In the following text, Slightly Mad Studios explains the inner workings of the Project CARS 2 Competitive Racing License and the Safety Ranking it generates.

Project CARS 2 the ‘ultimate driver journey’ is available for the PC, PlayStation 4, and Xbox One.

New to Project CARS 2, and a game-changer with respect to the quality of the races you will now experience online, is the introduction of the Competitive Racing License, created to ensure online racing offers you the type of racing you desire and deserve.
​
Broadly speaking, the license tracks three main spheres of a driver’s career: a driver’s reputation for safety, a driver’s skill level —both of which can be used as a filter for online racing—and driver experience.
Driver experience tracks your time spent in Project CARS 2, and can be viewed in the Driver Network Profile as a graphical embellishment that charts your rise through the ranks of your Motorsport profession. While this is an insight into your ability, it won’t affect your online rankings. 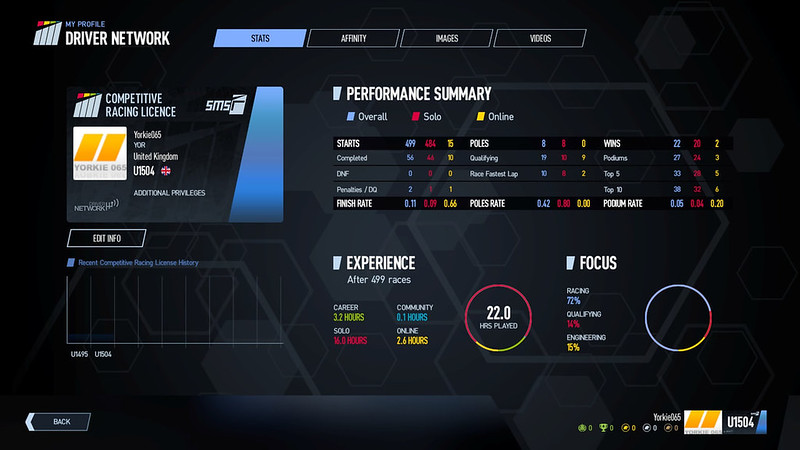 The driver reputation and driver skill stats, meanwhile, will have a large-scale impact on your online racing. These two stats, moreover, are both tracked independently, which means the host of a lobby can decide which (or both) of these driver rankings is most important to them. The host, what’s more, also has the option of not running the online reputation component if they so desire.

If the online reputation component is chosen, it will ensure that the drivers who enter online races can be pre-scanned in accordance with ability, safety, both, or neither.

For instance, the lobby can specify drivers of any skill level are eligible to join, but their safety rank must meet certain basic standards: This will ensure that drivers of all abilities (pace-wise) will be permitted to join (up to the lobby host’s own skill rating), but drivers who have a low safety rank will be barred.

The Project CARS 2 Competitive Racing License is, at its core, a system whereby all Project CARS 2 drivers are constantly assessed throughout their online racing career when they enter online races that track their stats. Every race counts, and how you race—and also how you choose to conduct yourself in online races—will directly impact both your skill rating as well as your online reputation when the lobby you’re racing in has the competitive license enabled.
​
The consequences of this are threefold: esports functionality is greatly enhanced; a powerful and effective matchmaking tool has been created; and with the online reputation component, wreckers will find it hard to ruin online races for drivers who want to race rather than get involved in random carnage. 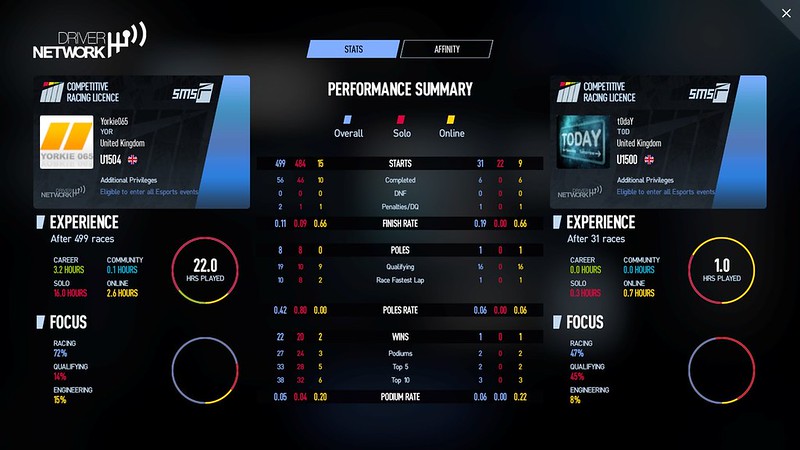 How does it all work?

For the safety ranking, drivers who decide that Turn 1 is the perfect opportunity to forget where their brake pedal is, and do so consistently, will gradually get matched with drivers of similar impulses in online races that have low (or no) minimum safety requirements.

Your online reputation now matters because Project CARS 2 lobbies have the functionality to directly choose the level of reputation (in other words, your safety ranking) permitted in their servers. Get a reputation for wrecking, and soon enough you’ll find yourself barred from online servers that take safety rating seriously.

Drivers, meanwhile, who race clean, will find themselves matched with drivers of similar ideas.

Additionally, drivers will also be matched for their overall ability, speed, and racecraft, so that those who are seriously proficient will gradually find themselves matched with similarly ranked drivers. This ensures that, whatever your ability, the more you race online, the closer you will be matched with drivers of your own capabilities in order to ensure competitive races. 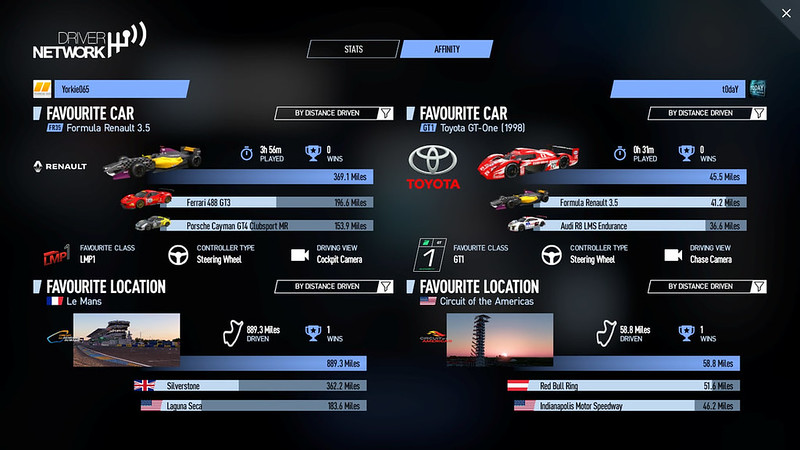 The Competitive Racing License has been introduced to remove toxicity from online sessions, as well as adding a whole new component to the Project CARS franchise; progressing through your online racing career is now another way of enjoying the world’s most authentic racing game.

The final aspect to consider in your online progression is that, as you climb the rankings ladder, so will you become more of a candidate for recruitment for teams looking to recruit into a pro esports team.

The Safety Ranks system is as follows: Unclassified (lowest, and also the starting point), F, E, D, C, B, A, S (highest).
This Skill Rating number ranges from the lowest at 100, up to 5,000 as the highest, with the player’s starting strength set to 1,500. All players should be aiming for S5000 licenses therefore.