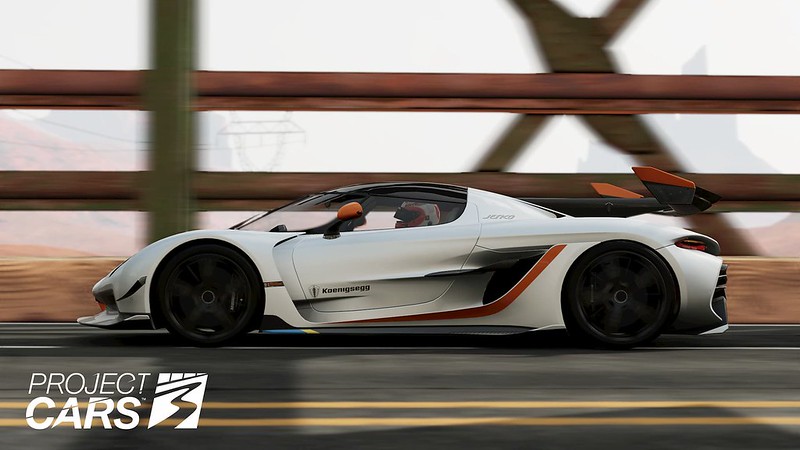 In the first episode of the Developers Blog, the staff members discussed the Design and  Physics part of the Pcars 3 development.

(Monument Canyon, near the city of Grand Junction, Colorado USA, is the place where you can find the Rim Rock Drive, which is one of the grandest scenic drives in the American West. The 23-mile Rim Rock Drive offers Redrock canyons, crisp blue skies, and glorious views along the way.)

Project CARS 3 will become available for the PC (via Steam), Playstation 4, and Xbox One on August 28th, 2020.

Nick Pope: Principal Vehicle Handling Designer: The brief for Project CARS 3 was to go back to basics a little, remove some of the clutter, and find a way to lower the bar for newcomers whilst keeping the authenticity and realism in place for the more experienced fanbase.

Doug Arnao: Physics and AI Director: To echo what Nick said into a simple bullet-point, we’ve taken the full realism of Project CARS 2 and added accessibility for everyone. Then we added the game modes that our fans were clamoring for and—on my side­—spent a lot of time updating the AI with new thinking intelligence to make them more human-like in their decisions.

Nick Pope: From a physics standpoint, we approached this merging of authenticity and accessibility in a number of ways. The highlight here is how we’ve improved the way driving assists work. ABS, Stability, and Traction Control are now not only more effective but also better aligned with how those systems work in the real world. The ability to set those assists based on the player’s experience really opens up the game and allows them to fine-tune their experience to their own personal tastes. That’s, for me, a really big leap for the franchise—combining that greater accessibility with the same authenticity that makes the franchise what it is has resulted in both wheel and gamepad users getting a tailored experience more in sync with their skills. It gives them options with how deep they want to go with it. 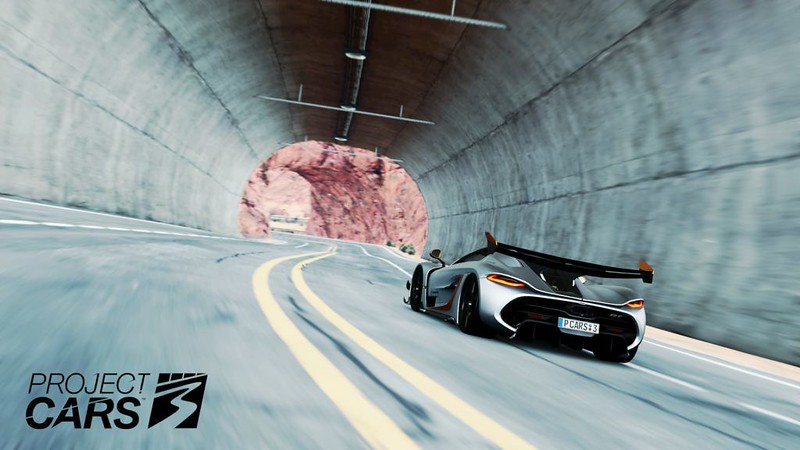 Jussi Karjalainen: Handling QA Lead: The core physics engine is still there, streamlined in a way that maintains the situation to situation handling depth our core fans have enjoyed, but also open up what a real driving simulator should be for fans of other series and games that want to take a step up into a more ‘serious’ simulation without feeling lost or overwhelmed. Keep the assists on, and you’ll slowly be brought into the game with aids as well as instruction. Keep the assists off, and you’ll be welcomed to the kind of driving simulation fans of the franchise expect. Despite being easy to approach, there’s a lot of depth and nuance to the handling model that will keep you engaged for a long time.

Casey Ringley: Vehicle Technical Art and Handling: As Jussi says, it’s still the MADNESS Engine, and the physics engine has been improved, but what’s changed is the optimizations and experience that you’ll find in Project CARS 3. Our STM (Seta Tyre Model) in Project CARS 2 was great but it was also processor-intensive, and we’ve gone through all the code to make it more robust and efficient so that the same high-resolution can be used on all platforms. Additionally, having three more years’ experience in tuning the model has helped to refine all of the dynamic behaviors such as carcass vibrations and the temperature reactions between rubber and road.

David Kirk: Principal Physics Programmer: One area where realism has improved is body movement and reaction to suspension due to improvements in our damping model.

Casey Ringley: Yes, and related to that, I think, is the way we’ve improved the driveline flex in the model. Hold on because this is going to get a little geeky! Our model connects all the various shafts of a car’s driveline— crankshaft, gearbox in/out, driveshaft, axles, etc.—with spring-like couplings which allow flex. For Project CARS 3, we were fortunate to get some really detailed reference materials that allowed us to determine the typical torsional stiffness of all the various parts of the driveline for some benchmark cars.

Initially, we applied this to the model mostly hoping for a nice wobble to the engine RPM during gearshifts, and while we got that exactly the way we’d anticipated, we also noticed that the cars suddenly just felt better, more planted, and generally more realistic to drive around. Allowing all that flex to take place in the drivetrain meant there were fewer micro-slip situations happening at the tyre, leading to a more stable contact patch. No longer needing to compensate for those micro-slips let us use a more complete heating model for the tyre with fewer internal safety nets, such as temperature caps, to prevent runaway slip situations. Making the model more realistic and accurate in this way has made the cars both more fun, more dynamic, and easier/more realistic to drive. 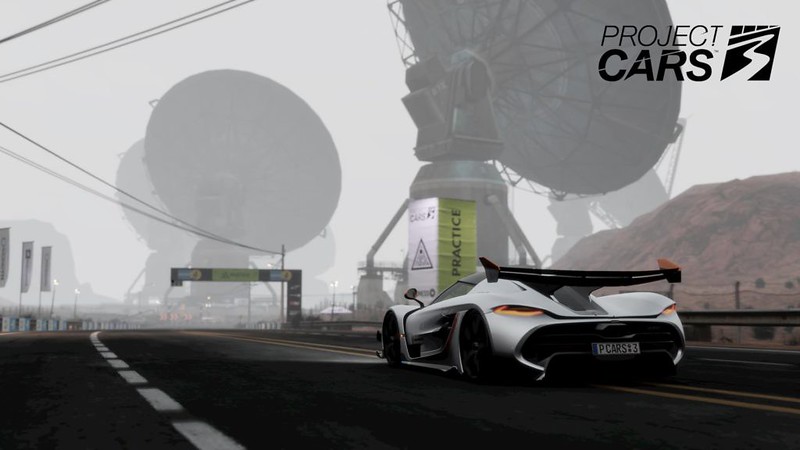 Jussi Karjalainen: Improvements to the driveline—that is, everything between the engine and the tyres—was definitely one of the keys. Because it’s been so improved, there wasn’t a need to design the tyres around the issues, resulting in better feel and behavior, particularly in the over-the-limit feel of the game. The other thing, related to that, is how the engine has gotten updates to improve the body movement dynamics over bumps and rough terrain. The responses are faster, less damped, more realistic than before.

Nick Pope: It’s probably also worth mentioning that we improved the model for aero drafting too. Now it’s more realistic, particularly with respect to the strength of push vs. pull draft effects. Racing in big packs around Daytona has been huge fun during development!

Jussi Karjalainen: Thing to keep in mind, of course, is that all of this is happening in the background, but what the player feels is, for me, the most important part of Project CARS 3. And that—the way the game feels on wheels and gamepads—is the really big takeaway for the game. In particular, the gamepad controls are far beyond what was possible in the past, and for the wheel the FFB system is more informative, providing better player feedback and giving you more control over what the car is doing in a way that is more natural and intuitive.

David Kirk: That’s actually a good point. The gamepad control was one of the core design features we wanted to get spot-on this time around. Nick {Pope} and I were brought in pretty early into the game’s development to sort this out, and it didn’t take long before we realized the only way we could do that was to overhaul the entire thing. The goal was to provide the most natural, intuitive wheel-like response from the vehicles, and to achieve this meant a significant move away from traditional ‘Driving an RC car’ implementation. Improvements to the FFB for wheel users make the experience more intuitive and realistic as well, which in turn makes the game feel more forgiving and predictable. We’ve also taken the time to ensure there’s better consistency between vehicles, so you don’t have to change FFB settings when switching cars, and we’re delighted with how that has worked out. 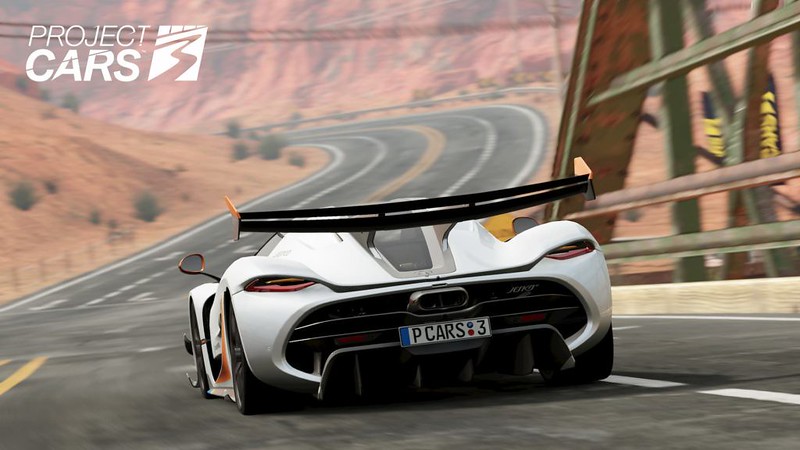 Jussi Karjalainen: Revamping the controller handling from the ground up with new eyes looking at it worked out fantastically and it feels amazing. Project CARS 2 improved upon Project CARS, but the leap here is an order of magnitude. The gamepad handling was redone to work properly with in-depth physics, without requiring any changes to the physics to accommodate gamepads. There’s no need to make any vehicle setup concessions for gamepad controllers anymore, we don’t even need settings to tune the gamepad itself, you just get in and drive and you can drive just as fast with a controller. That’s really is a massive leap for the franchise and one that required a total redesign to get right. We’re really excited about how this turned out for sure.

Nick Pope: Driving cars with a gamepad doesn’t happen in real life, so it can sometimes be a difficult control method to use in a racing simulation. Even though we use analog thumb-sticks for the steering input, there’s something inherently digital about steering with your thumb—you’re either asking for full-lock or none (especially so for ‘flickers’). For Project CARS 3, we completely overhauled the pad controls to be more intuitive, to give you the right amount of lock when you need it and the feedback you need on the limit of adhesion. We’ve worked hard to make the experience feel as real as driving on a steering wheel, whilst also removing some of the frustration that came with trying to find settings that worked for you. There are no settings for the gamepad anymore, it just works. This results in an unrivaled gamepad experience.

David Kirk: I’ve been working on gamepad implementations for many years now—since 2001 actually—and I used the knowledge I’ve gained to best utilize peak slip angles of both the front and rear axles along with yaw rate and drift angle etc., to improve the feel of gamepad handling. During re-writing the gamepad handling for Project Cars 3, I was impressed with how well it handled the initial implementation thanks to the natural compliance in the physics model. Add to that a few months of iteration and refinement, and that’s where we are with Project Cars 3. 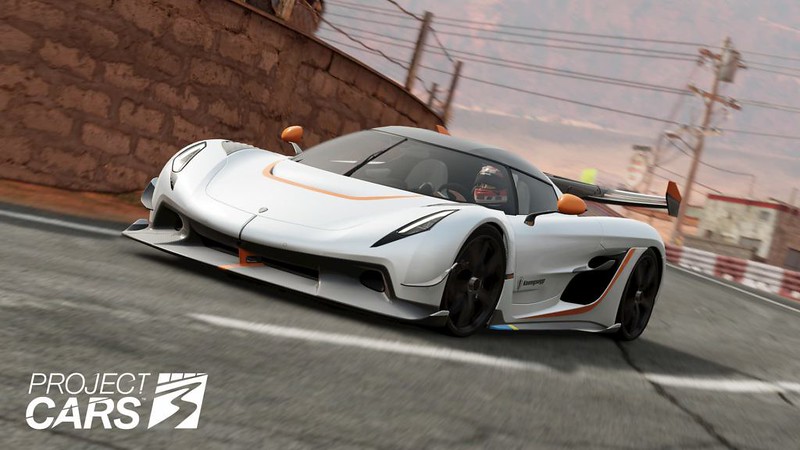 Nick Pope: A huge boost to allow us to achieve all this was the progress we made to the wider simulation: Vehicles react more naturally to bumps in the road due to improvements in damping, refinements in the way our driveline works has offered greater stability and our underlying tyre model is more consistent and stable.

Adding to that the advancements to our optional driving assists, gamepad controls, and FFB for wheel users means we’re also communicating more to players, allowing them to react quicker and giving them more information and more time when pushing a car to the limit. For Project CARS 3 we’ve created something that removes some of the frustration, has options to cater to a wider spread of abilities, and allows players to focus on the on-track battles and the racing itself.