The upcoming rFactor 2 Q4 content drop will introduce a laser-scanned version of the British Croft Circuit in North Yorkshire.

The 3.423 km (2.127 mi) long track is based on the lands of an airfield but has long since moved on from being a basic airfield circuit. The circuit hosts meetings of the British Touring Car Championship, British Rallycross, Pickup Truck Racing race series, and more.

Running to a total of 16 corners, the layout at Croft often produces incredibly close racing regardless of the type of car competing. A mix of high-speed turns and commitment-heavy sections, right alongside technical complex segments and heavy braking zones, all lead to a circuit layout that is universally loved by both drivers and fans alike.

Starting a lap at Croft, the driver is immediately presented with one of the biggest pinch points of the circuit, as cars will need to funnel down into the fast yet challenging Clevaroux corner, before immediately going single file through the tricky chicane – many a race has been brought to an early conclusion at this point of the lap, starkly reminding drivers that although an incredibly fun circuit to drive, you will need a fair amount of concentration and self-preservation in order to come out on top at the chequered flag.

Although the Croft Circuit is clearly tight at certain points, one of the most exciting features of this track is the ample opportunity for a committed driver to make an overtake on their rival, with several key corners representing solid opportunities to at the very least run two wide with another car. Committed on corner entry, good on the brakes, and not afraid to put yourself and the car in the firing line? If this sounds like you, then Croft may well be a happy hunting ground in the virtual battlefields of rFactor 2.

The opening corner of the circuit is one not to underestimate. Approached in top gear with limited visibility around the tyre stacks that mark out the off-track areas of the circuit, drivers need to be accurate on the brakes and cautious with the inside curbing, take too much apex here and expect the car to become unsettled mid-corner, potentially running you out wide on exit and quickly off into the surrounding countryside.

Once clear of the opening turn, drivers then approach the long radius right-hander of Hawthorne, a seemingly never-ending corner that requires drivers to be aware of not just the corner in question but to begin the preparation required to slice your way through the upcoming chicane. Here, drivers have a lot of balancing with the car to contend with, something that becomes challenging on older tyres, or if you don’t quite have the car in the correct setup window. The key tip to success here is preparation. Make sure you approach Hawthorne Bend with a full understanding of what comes next and place your car on the correct bit of tarmac in advance.

Through Hawthorne Bend and immediately drivers are right on top of the chicane, a very tight but deceptively quick piece of a circuit that requires pinpoint accuracy. Keeping the car in tight and modulating the throttle to avoid running deep into the tyres or even compromising corner exit and the run out onto the following straight. This is a critical corner, both in terms of self-preservation, and also the need to pull as much speed as possible into the following straight.

Approaching Tower Bend you will hit a number of bumps and undulations on the circuit – remember, this is not a new venue, so be prepared to react to the car moving underneath you as you approach this next part of the circuit. The corner itself is a relatively straightforward 90-degree right-hander, however, to add a bit of spice the circuit here features two distinct crests in the road, again unsettling the car and making it potentially challenging should you veer away from the ideal racing line.

A thrilling section of corners, named after a thrilling Grand Prix driver from the 1960s. The Jim Clark Esses present, usually, a flat-out left-right section that requires absolute commitment from the driver. Make sure you get this section absolutely right, if you lift, you’ll be heading off the circuit at one of the fastest points – not good for car preservation!

Now we are into the quickest part of the Croft circuit, having whizzed through the Jim Clark Esses flat in top gear, we begin the approach to the Barcroft turn – another flat-out corner that requires a big commitment, but also a firm eye on the fact you will quickly need to get on the brakes once through the corner, so be generous with the amount of apex curb used here as you carry the speed, before straightening the car as efficiently as possible before getting up close and personal with the middle pedal…

Sunny In / Sunny Out

Having navigated through Barcroft, drivers must swiftly transition to the brakes and down through the gears for the double right of Sunny In and Sunny out. Approached immediately after the previous turn, these two corners can still be attacked at a good speed, but remain ultra vigilant to keep the car within the confines of the circuit, as a slight over-enthusiasm on entry quickly leads to progressively more problems further down the road – probably one of the best parts of the Croft Circuit.

Following a short blast down the back straight on the exit of Sunny Out, next up is ‘The Complex’ – featuring three corners comprised of a long left and two shorter, tighter right-hand turns. The first part of the Complex can be attacked at speed but requires drivers to think ahead and keep the car tight in preparation for the right, an increasingly tight double corner that again, much like the rest of Croft, invites drivers to overcook the loud pedal and push off into the tyres that surround the circuit.

The final corner of the circuit, and easily the best overtaking opportunity for drivers to try a last-minute attempt on their rivals. One of the tightest corners in UK motorsport, the hairpin is exactly what it says on the tin –  a hairpin. Tight, slow, and critical to get out of quickly for a strong launch onto the start / finish straight – get it wrong here, and all that good work earlier in the lap will be for nothing. 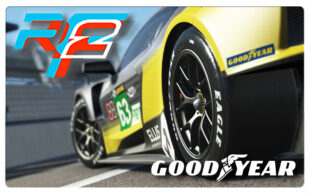 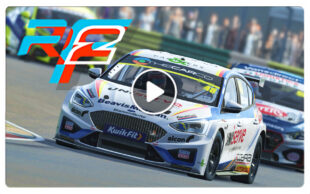 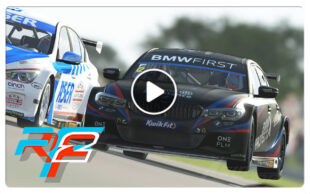