Last year, Sim racers all over the world joined the 2019 World’s Fastest Gamer competition, in which they had the opportunity to compete against 10 of the world’s best esports racers and win a dream drive in a real-world racing team.

22-year-old British gamer James Baldwin who was a driver for Veloce Esports and the Alfa Romeo Racing F1 Esports team, ended up winning the 12-day final on the west coast of the USA in October last year. James claimed the US$1M prize in the form of a Saison seat in the McLaren 720S GT3 of the Jenson Team Rocket RJN racing team founded by Bob Neville and 2009 F1 champion Jenson Button.

James will be racing the RJN pro-am McLaren 720S GT3  alongside team co-owner Chris Buncombe in the 2020 GT World Challenge Europe Endurance Cup which will be the tenth season of the Blancpain GT Series Endurance Cup and the first after title sponsor Blancpain withdrew support.

The season will begin on the 19th of April at the Italian Monza circuit and will end on September 6th at the famous German Nürburgring track. The season will feature five rounds, with each race lasting for a duration of three hours beside the longer Circuit Paul Ricard 1000 km in France and the 24 Hours of Spa-Francorchamps event in Belgium. Baldwin will race across Europe in a McLaren 720S GT3 in the team that was formed in 2019 between ex-F1 World Champion Jenson Button, his close friend Chris Buncombe and long-standing team owner, Bob Neville.

The British gamer won his US$1M prize by competing against 10 of the world’s best esports racers in a 12-day final on the west coast of the USA in October last year. From simulator races to challenges of physical strength and real-world track time, Baldwin emerged on top of the competition and was crowned the winner of the second season of World’s Fastest Gamer. “I’ve seen in the past how it’s possible for virtual racers to make it in the real-world racing such as Jann Mardenborough who I raced against for the past couple of seasons in Super GT,” Button said.

“And, of course, I am always proud to support another young British Driver getting his chance in motorsport, no matter how he gets into the sport. I look forward to welcoming James to our team and wish him all the best in his inaugural season.”

“I’ve seen in the past how it’s possible for virtual racers to make it in the real-world racing such as Jann Mardenborough who I raced against for the past couple of seasons in Super GT,” Button said. µ

“And, of course, I am always proud to support another young British Driver getting his chance in motorsport, no matter how he gets into the sport. I look forward to welcoming James to our team and wish him all the best in his inaugural season.”

Jenson Team Rocket RJN Team Principal Bob Neville saw Baldwin perform during his training and development programme and was immediately impressed, opening the door for the gamer-to-racer to drive for the team on some of the biggest stages in GT racing.

“When I got the news that I would be racing GT3, I was really excited; it’s very cool. But, at the same time, I don’t want it to overwhelm me. It’s an opportunity I want to make the most of,” Baldwin said.

“My expectations for 2020 are get used to it as quickly as possible, be clean, be fast and, if it’s possible, to win the pro-am championship—I think that has to be the goal.

“Without World’s Fastest Gamer, I wouldn’t be racing right now. I’m eternally thankful for that. But, now I’ve got it, and it’s time to do the business and not keep seeing it as a dream, because it can be a reality, it’s not far away. Now I just need to excel on track.

“I’m so thankful to WFG and Torque Esport for the opportunity and for putting this together. Learning from such an experienced group of individuals involved in the team and racing at events like the Spa 24, it exceeds any expectation I could have ever had.”

“James Baldwin has impressed all observers with his pace and professionalism since he arrived at our finals in Las Vegas last year,” Torque Esports President and CEO, Darren Cox, said.

“The jump straight into the hugely competitive GT3 series is huge, but we all believe James can handle it with his talent and our experience of training gamers for the virtual and real worlds.

“To have Jenson Team Rocket RJN trust James shows the confidence that team boss Bob Neville has in our ability to spot talent.” “Our team has huge experience of working with gamers, and they have surprised many people in motorsport with their results,” he said.

“James is the next in the long line of gamers that Darren Cox and the team have identified and coached to a position where we are happy to trust them with our new McLaren and the reputation of our team.”

Baldwin will join teammate Chris Buncombe at the pre-season test for the GT World Challenge Endurance Championship at Circuit Paul Ricard on March 12-13. Their final teammate for the endurance championship will be revealed soon. 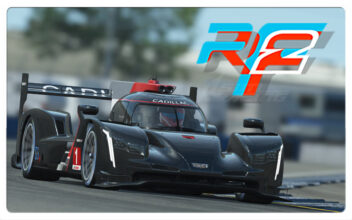 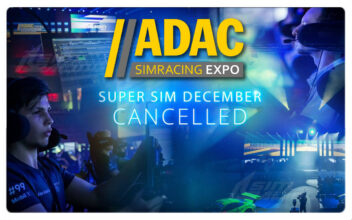 The Digital SimRacingExpo 2020 Is Canceled 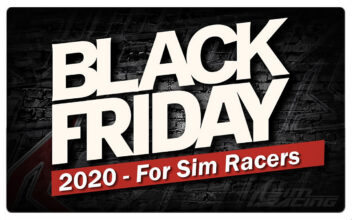