I guess its time for a small update regarding the WSGT2 RMT Megane Trophy mod for rFactor 2. The mod is progressing slowly, but surely.
We have been working on some aspects of the mod that needed to be upgraded. The front and rear lights have been optimised, and various functions like working headlights, and brake lights, window reflection, bumbmaps and more have been implemented. The textures still need some updating, and there is still some work on the viewing angles and various coordinates.

Rick is working on the environmental sounds. We still hope that ISI will upgrade the sound department of rFactor2. For now, the sound system is hardly a match for the current generation sims and games out there. The system is basically the same as in rF1. Very limited, and very hard to control and create a dynamic sound. The Megane sounds fine at the moment, but we hope we can raise the bar a little in the future.  We are also implementing the 2009 liveries, and are putting the individual inner and outer windows in-game. There is still enough to do. If we get some more spare time, we will record a little video this week, for those who would like to see the Megane in action.

As stated before, this Megane Trophy model is not to be confused with the ISI base content version. This is a scratch build model, for use in the WSGT2 mod project.  The model was build back in 2009. We decided to use the model for an rFactor 2 project, to get acquainted with the rF2 workflow. All shown screenshots are grabbed in-game and un-edited using Fraps.

As usual, all is well at RMT. 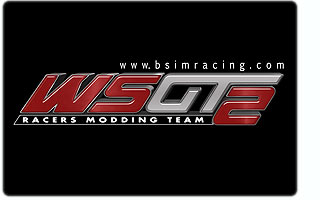 WSGT2 by RMT – Whats next 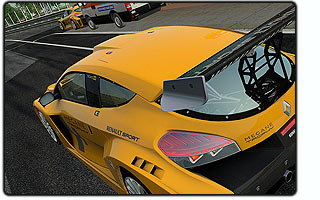 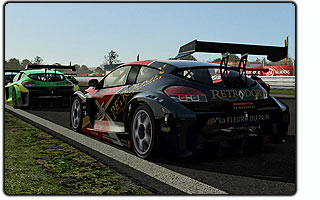 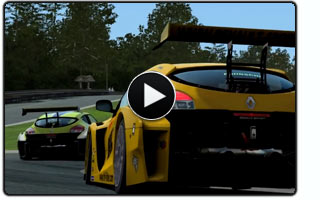