At the kind invitation of Dom Duhan from Team Redline sim racing, I was lucky enough to attend the ‘’Jumbo Racing Days’’ event held at the Zandvoort Circuit in The Netherlands. Along with RedBull, Fanatec, rFactor 2, SRNV.nl and Playseat, the group had set up a marquee containing four Playseat Sensation Pro simulators. These rigs were decked out with Fanatec wheels and pedals offering the race going public the opportunity to try their hand at sim racing.

Three of the simulators were fitted with CSW v2.5 wheelbases and Formula rims. One however, was equipped with a wheelbase that looked at first glance like Fanatec’s recently released CSL Elite XBOX One / PC wheelbase.

On closer inspection, this particular wheelbase had some quite noticeable differences. For starters, there was a Playstation logo on the wheel’s face, as well as the universally recognizable Sony Playstation controller icons and possibly a rotary/joystick controller. As opposed to the XBOX One / PC version of the CSL Elite, the face plate has a cleaner, if not nondescript appearance.

The wheel rim was made up of differing sections, hand stitched perforated genuine leather where your hands grip the wheel and suede material on the rest of the rim. The rim has a digital readout for gear selection and adjustment, as well as a lighted color coded center marker for shift moments.

Outwardly, the wheelbase differs very little from the XBOX branded version, it has the same rev lights and textured plastic outer shell. The faceplate has a bare brushed metal finish with a large ‘’Fanatec’’ logo on its left side, on the right side, the words CSL Elite are highlighted in vivid blue letters. The power light is also back-lit blue.

The wheel is, as of now, an un-launched product, so details were thin on the ground yesterday. I was able to find out that it will support PS4 and PC modes. Having used the XBOX One / PC version of the CSL Elite, I did get the opportunity to try this wheel with rFactor 2 / Studio 397’s unreleased version of the Zandvoort circuit.

With the wheel in PC mode, my first impressions were that it felt very similar to the CSL Elite l had driven late last year. The FFB was quite strong, with reasonable detail coming through to my hands. The flippers had a rather smooth action, requiring a small amount of force to operate them. Their operation was positive and felt secure during use. I assume the wheelbase’s internals are very similar to the XBOX version, they definitely feel like they are related to one another. The ECO-System is also supported, the steering shaft, from what I could see, it will accept the current Fanatec CS range of rims,

Enjoy the images and the little video montage of the Fanatec CSL Elite PlayStation Wheel in action. 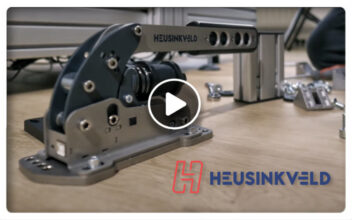 Heusinkveld – A look The Prototype Of The New HE Sim Handbrake 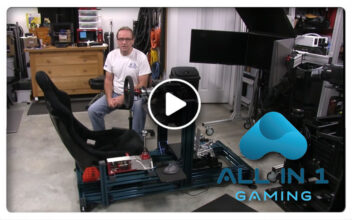 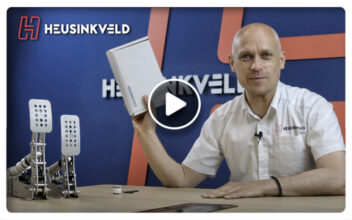