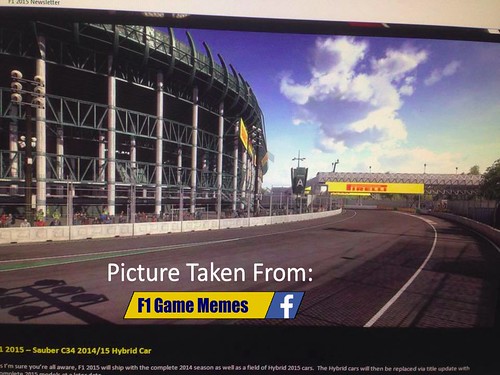 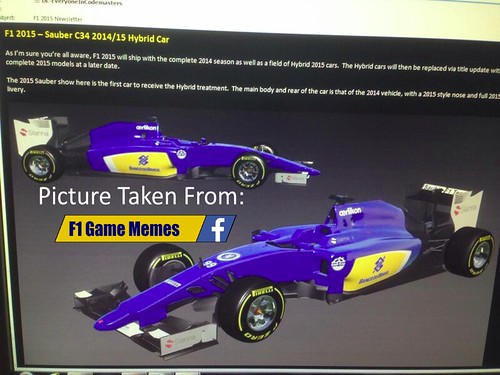 Codemasters’ creative director and former chief game designer Steve Hood has left the company, leading to speculations regarding the future of the Codemasters official Formula One license.

In the past Steve Hood expressed his frustrations with the tight release schedule for the F1 games, but just before he left in December 2014 he also stated that the 2015 version of the game would be the most innovating yet.

Recently the F1 Games Memes Facebook page leaked a couple of preview shots of Codemasters’ F1 2015 title. The source of the material seems to be an internal memo, or could be aimed at potential partners or publishers. The images also reveal some of the features that will be implemented.

The Sauber C34 screenshot also reveals that the game will ship with the complete 2014 season wearing 2015 liveries and  a field of hybrid 2015 cars. On a later date, the hybrid models will be replaced by updates transforming the field into a full 2015 version.

As far as content is concerned, the screens show us a glimpse of the Mexican Autodromo Hermanos Rodriguez circuit. The leaks also reveals that the game should be ready in about 3 months from now hinting at a May/June release date. 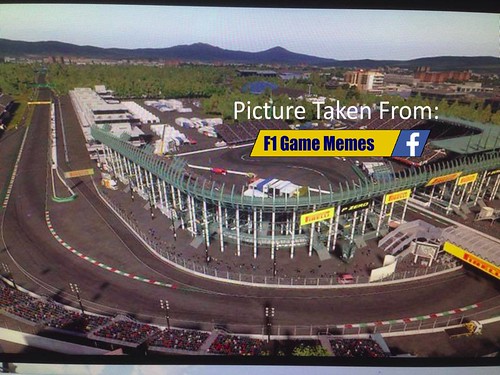 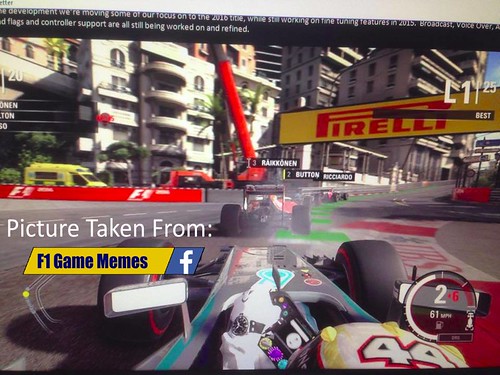 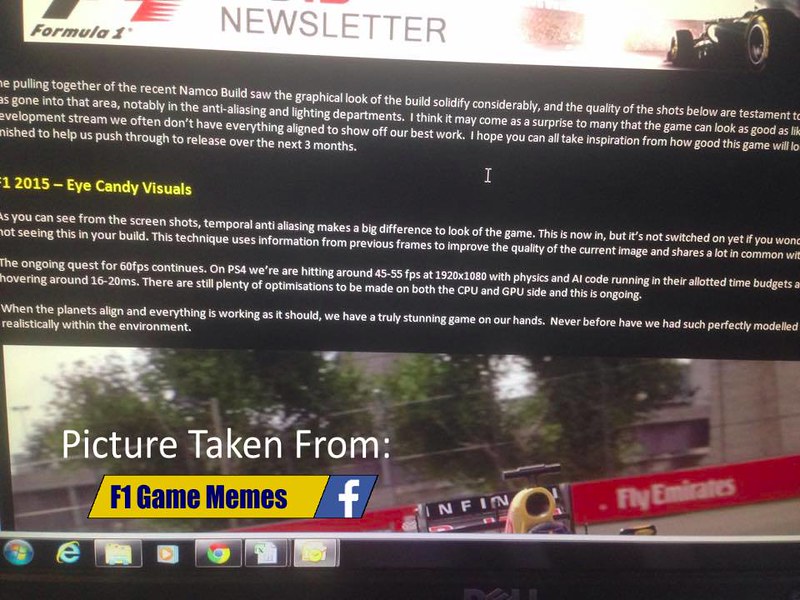