The French ProSimu.com company made quite a name for themselves with their popular ProSimu T1000 motion simulator which is available as a 2, 3, 4 or 5 DOF configuration.

In his latest video, Barry Rowland of the Sim Racing Garage reviews the ProSimu T1000 5M 4DOF Motion Cockpit. In part 1 of this review, Barry shows us the build process of the rig and reviews all the included parts in detail. In the upcoming second part of the review, Barry will take us through the actual setup of the rig and shares his final thoughts after doing a thorough sim racing test session.

ProSimu T1000 5M including the racing seat is available in different formats.

For more info or purchase, check out www.prosimu-shop.com 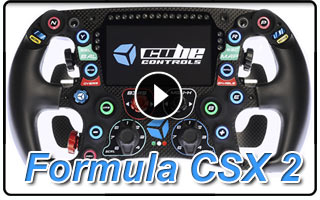