The idea behind the Drivers Pack is to bundle up a track and a number of medium-powered cars that can lower the bar when it comes to reaching a great racing experience for beginners, and at the same time generate highly fun and competitive door-to-door racing for beginning and experienced sim racers.

For starters, the RaceRoom Drivers Pack will include the French Circuit de Charade.

The Circuit de Charade, also known as Circuit Louis Rosier or Circuit Clermont-Ferrand, is a racing track in Saint-Genès-Champanelle in central France. The original 8.055 km circuit, built around the base of an extinct volcano, was known for its challenging layout which favored the most skillful drivers and motorcyclists. It hosted the French Grand Prix four times (1965, 1969–1970, 1972) and the French motorcycle Grand Prix ten times. The modern track is utilizing only the southern portion of the original circuit, is 3.975 km long, and features 18 turns.

The Drivers Pack also included 4 interesting cars in the form of the Crosslé 9S, the Crosslé 90F, the Mazda MX5, and the Praga R1.

The iconic Mazda MX-5, also known as the Miata in the US is the go-to starter car for club and spec drivers all around the world. The turn-key, ready-to-race 2016 MX-5 Cup car is powered by a Mazda SKYACTIV-G 2.0L four-cylinder engine that delivers 155 plus hp. All that power is delivered to the rear wheels by a manual 6-speed transmission.

Furthermore, there are two cars included by the Crosslé brand. The Crosslé 9S and Crosslé 90F are modern versions of models that have been in production for decades. Incidentally, the included Circuit de Charade track is home to Crosslé’s driving school.

The Praga R1 is powered by a RenaultSport derived 2.0L 4-cylinder engine delivering 210 hp to the rear wheels via a Hewland JFR, sequential six-speed transmission. Weighing only 572kg, the R1 has a power-to-weight ratio of 356 hp/ton.

Over the next couple of weeks, KW Studios will bring us more information on each of the four cars included in the release, how they have modeled them and brought the physics to life, plus some recommendations on how to drive them.

If all goes as planned, the Drivers Pack DLC for RaceRoom should become available this December. 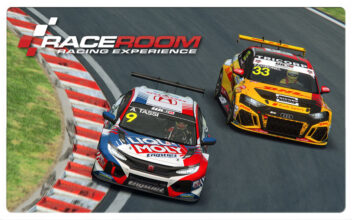 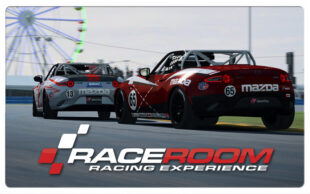 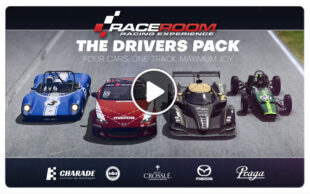