Back in May, Reiza Studios proudly announced their new upcoming Automobilista 2 racing simulator, which is scheduled for release in December 2019. The announcement was accompanied by a teaser video showcasing the first in-game visuals of the new title, which is powered by the acclaimed Slightly Mad Studios MADNESS graphics engine.

Now Reiza’s owner and project manager Renato Simioni has published the Reiza Studios June 2019 Development Update. It will come as no surprise that the bulk of the news is focused on the upcoming Automobilista 2 racing title. Besides a set of impressive new in-game preview screenshots, and a first VR gameplay video, Reiza Studios also introduces the Automobilista 2 Early Backing Campaign.

Keep in mind that all the included media represent a work in progress. 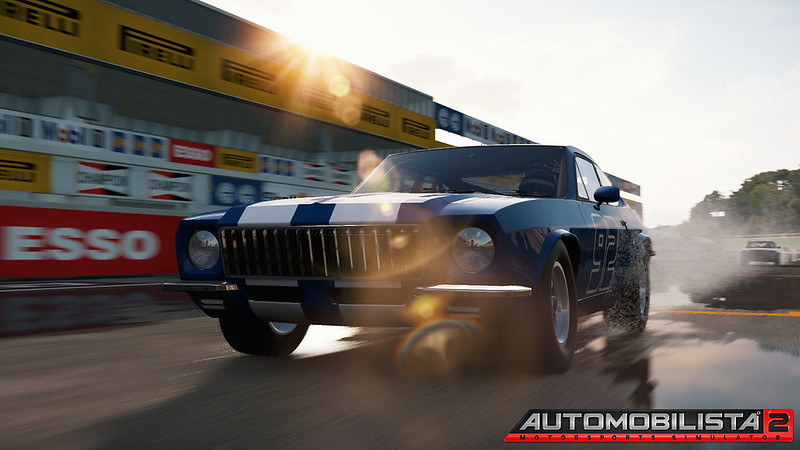 Happy to finally resume with the monthly dev updates we seem to have started a bit of a sim racing trend with these updates back in the early days of AMS1 development, but for the last year or so have gone a bit quieter and working behind the curtains while the baseline for AMS2 was finally getting assembled.

The curtains are obviously lifted now and you can be sure we´ll have lots to share again from now on – I look forward to bringing you the fresh news over the remaining months before AMS2 release and beyond.

First things first: as previously announced this week we released an update for our Reiza Bundle in rFactor2, and Imola now features two new versions, adding to the previously released Imola 1972 and 2018:

Imola 1988, featuring the famous flat-out blast from Variante Bassa, through Tamburello and Villeneuve all the way to Tosa, then the tight Acque Mineralli Chicane and finally the two variants at the end of the lap of this classic layout, host of many exciting races through the 80s and early 90s. 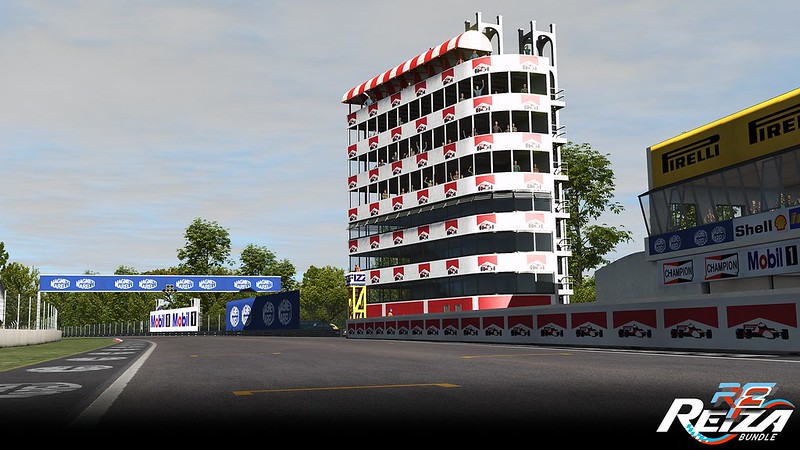 Imola 2001, with the post-1994 configuration which is similar to the modern track with chicanes at Tamburello and Villeneuve but still featuring Variante Bassa at the end of the lap, and higher curbs adding to the challenge – especially at the high-speed Variante Alta where precision is crucial! 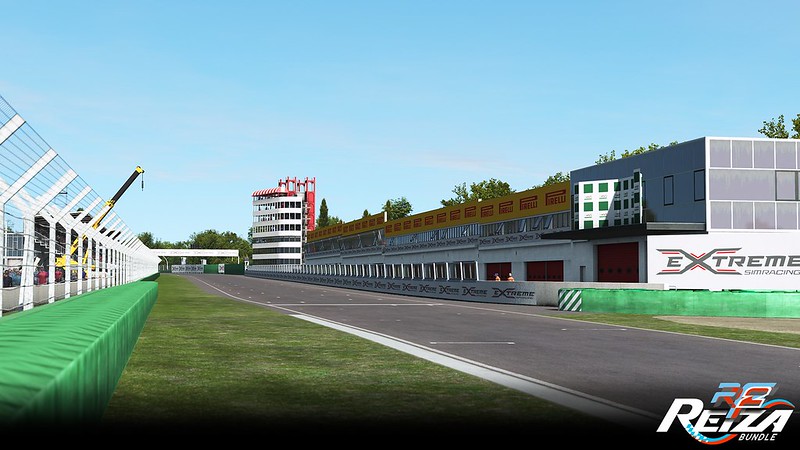 If you already own our release of Imola in rF2 or any of the packs that include it, these new versions arrived at no extra cost.

We have another update incoming soon featuring some minor improvements to other items in the Bundle, in terms of content, however, this update wraps things up.

It was great to have had the chance to dig deeper into rFactor 2 and work with S397 on this project – all things considered, we find the Bundle turned out nicely, and rFactor 2 itself has considerably improved even within the time we have been working on it, with still lots to offer. We very much enjoy racing our content there and hope you continue to do too – we´ll also continue to keep an eye on it as rFactor 2 progresses.

If you are interested in checking out how our cars and tracks turned out in rFactor 2, now is a good time as with the Steam Summer Sale both rFactor 2, as well as the Reiza Bundle, are selling with substantial discounts.

AMS1 & its DLC’s are also on sale with 50% off, so in the unlikely chance you´re reading this and don´t have it all, do check them out now

Donington & Snetterton are coming for AMS1 & 2!

As previously proposed and now confirmed, we have extended our agreement with Motorsport Vision to license both Donington Park and Snetterton race tracks. Both tracks will be released for Automobilista 1 as standalone DLC’s and as part of the Season Pass (so free for those who already own that). They will also be part of Automobilista 2 base game along other MSV tracks released on AMS1 (Brands Hatch, Oulton Park, Cadwell Park).

As with Oulton and Brands, both Donington and Snetterton have been developed with the aid of LIDAR scan data which should ensure the same level of accuracy we achieved in those earlier releases.

Here are a few previews of the Donington mesh so far: 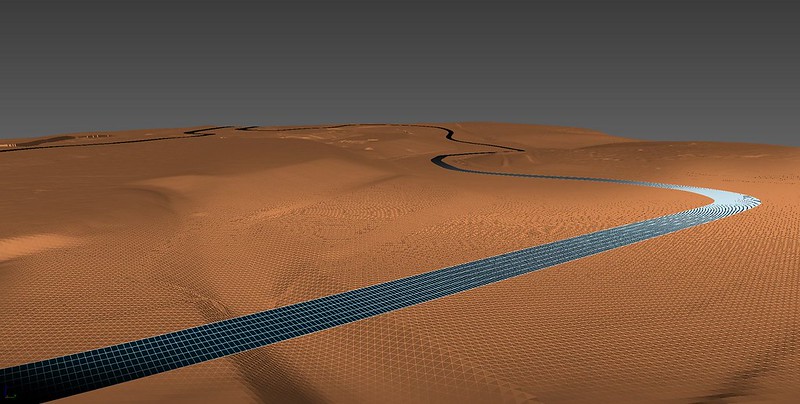 It looks very barebones but that´s actually most of the hard work done, as trackside objects are also in progress and will be plugged in soon. We are working hard to get these out for AMS1 ASAP, hopefully towards the end of next month.

After Automobilista 2 announcement there have been some questions about how the change of engine might affect it and whether the proposed December release is a realistic goal. We´ve been reinforcing that in terms of the core elements of the sim – physics, AI, audio and general feel and design of the game, we´ve spent the initial months of development bridging the gaps in tech so we could pretty much up pick up from where AMS1 left off – being able to do that that was in fact a large part of the decision to switch to Madness.

Understandably some lingering concerns seem to remain, so we thought that the best way to address those short of actually releasing the game itself was to offer a pure gameplay video showcasing where we are with it. Here it is:

The combo of AJRs at Imola may seem a bit of a low-key choice as it already features both in AMS1 as well as the rF2 Bundle, but that actually makes them the ideal subjects to showcase how things are coming along in terms of development within the engine itself, as the AJR was one of our last releases in Automobilista 1 and both it and Imola already received updates for the rF2 release.

This is a short 3-lap race alternating between VR gameplay (!!) and TV replay footage, running with 60x time scale and weather going from sunny to overcast and back, as the day progresses from mid-afternoon to early evening. We wanted to do a dry-wet-dry demo but unfortunately, our wiper/windshield animation isn´t quite there yet, so that’s going to be for another dev update

The video is from a pre-alpha build so obviously all WIP disclaimers apply – quite a lot to be done still and the content itself will go under several passes by the time of release, but in any case it should hopefully still be a good glimpse at how things are coming together.

One thing we´ve been working on the last couple of weeks which might seem like a relatively minor development, but it´s actually a good showcase of what I referred above in terms of bridging the gaps in tech from AMS1 -> AMS2 both for efficiency and better results. 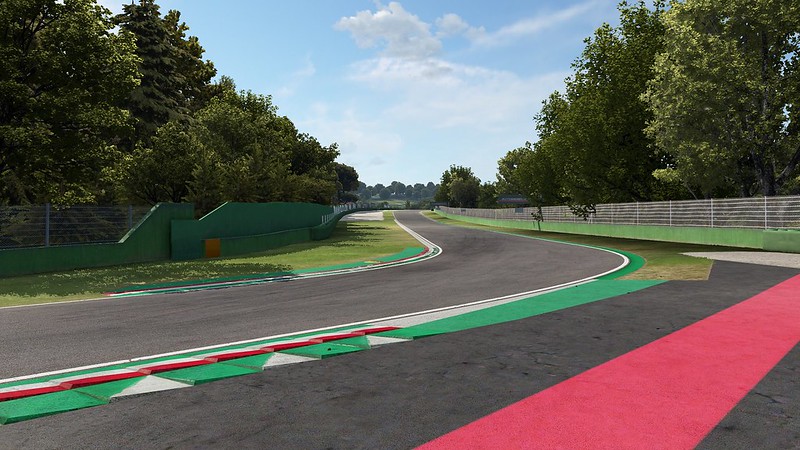 The new shaders integrate Livetrack with AMS1-alike road variations and blending, for a larger variety of track skid marks and surface wear, and seamless transition between roads, pavements, puddles, retaining the native Madness system for 3D marbles. The results are more dynamic and realistic than either was originally and also speeds up the conversion process of tracks from AMS1. 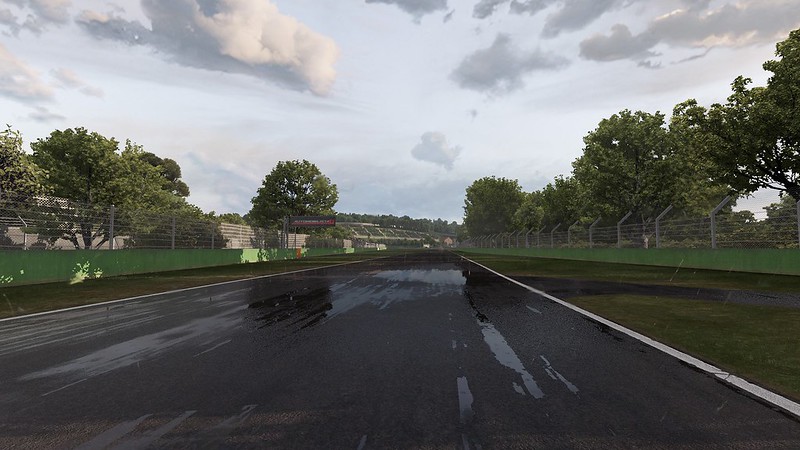 Starting next month, we´ll be updating a list of cars and tracks confirmed for AMS2 release in December. This will allow you to keep track of our monthly progress in terms of cars and tracks added to the build as we move towards release. 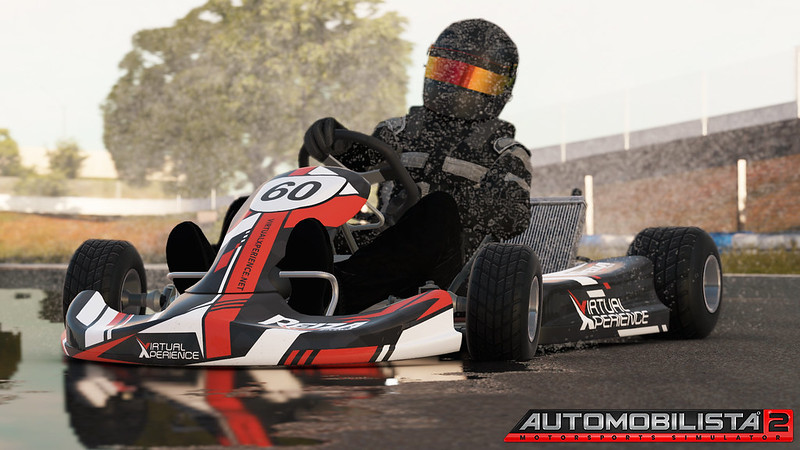 Following the Announcement of Automobilista 2, a number of people enquired about the possibility of either pre-ordering or upping their backing level from our 2015 crowdfunding campaign to include AMS2-related perks.

We´ve come up with something that will hopefully seamlessly complement & integrate both the crowdfunding campaign and membership packs from AMS1, as well as provide sustainable growth to AMS Beta / Reiza51 development forum. We´re calling it the Automobilista 2 Early Backing Campaign.

Although this wasn´t originally in our plans, as an independent studio a funding boost is always welcome, and it seems to make more sense to open up for backing from those who like us are most interested in the product itself.

Please note this is not a crowdfunding campaign for Automobilista 2 development, which continues to be funded by our regular revenue sources – the game doesn´t rely on any level of success from this campaign to be completed.

It is also not a standard Early Access program – it will eventually grant backers early Beta access to the game before its official release, but that will only take place towards the final weeks of AMS2 development.

Essentially this is a pre-order with extra perks, allowing those interested in the sim to buy in early, get a nice overall discount and become more closely engaged with Automobilista 2 development.

Funding from the AMS2 Early Backing Campaign will be completely directed to boost the development of Automobilista 2, particularly towards allowing us to acquire some premium licenses at a quicker rate and hopefully in time for initial release.

More information on this program and how to participate here.

If you are looking forward to Automobilista 2 but would rather wait for the release, you may opt to add the game to your Steam wishlist via the AMS2 Steam Store page – Steam will then let you know as soon as it´s released! 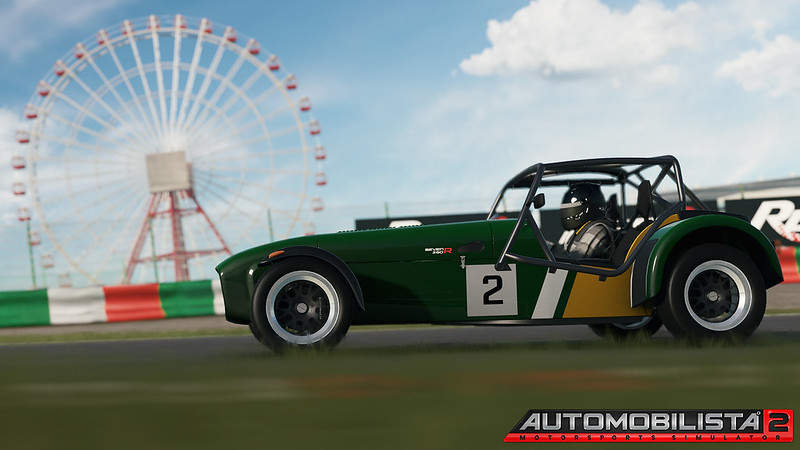 That covers it for this month. We´ll be back for the next one in late July.