John Sabol of  Inside Sim Racing reviews the new Thrustmaster T300 GT Edition wheel and pedal set for the PS4, PS3, and PC.

This new official PS4/PS3 licensed Thrustmaster product that first appeared on Amazon, is not exactly a novelty, but a re-branded and bundled package of two already existing solid products. The package includes a Thrustmaster T300 Force Feedback wheel fitted with an 11-inch rim which is labeled as a Gran Turismo Edition and is bundled with a new 3-pedal set based on the popular T3PA-PRO pedals. However, The pedal set is not exactly the popular T3PA-PRO, but a variant featuring 3 adjustable metal pedals including clutch, brake and accelerator fitted in a plastic pedal base.

This new bundle is most probably marketed to accompany Polyphony’s upcoming GT Sport title which is set to become available early 2017.

Advanced Technologies Under the Hood:

Inspired by the passionate racing community and dedicated to their approach of developing a fully functioning hardware ecosystem, Thrustmaster is bringing this new and world class racing wheel to the market ahead of the release of Playstation’s most anticipated racing game Gran Turismo Sport.  The T300RS GT Edition, an officially Gran Turismo licensed racing wheel, is built around perfectly harnessed technologies developed by Thrustmaster – including an industrial brushless motor offering full Force Feedback and 1080° degrees of rotation. Racers will appreciate the controller’s flexibility, its smoothness, its ease of use and most importantly its responsiveness – not to mention the impressive level of realism delivered by the force feedback system. The dual-belt system allows for the T300RS GT Edition’s flexibility and the most dedicated racers will truly appreciate the racing wheel’s silent turns and swerves as they tear around the race track. In addition to the flexibility and silent maneuverability offered by the brushless motor, the racing wheel boasts incredible precision delivered by the H.E.A.R.T (HallEffect AccuRate Technology™*), which features contactless magnetic sensors delivering long-lasting 16-bit precision (i.e. 65,536 values). The T300RS GT Edition features internal memory and upgradable firmware, allowing users to keep up-to-date with the most recent upgrades and improvements.

Precision Racing At the Racers’ Feet:

To give racers the ability to take their skills to the next level, the T300RS GT Edition features a metal 3-pedal set including clutch, brake and accelerator. Designed to offer even greater immersion and realism, the pedal set ensures exceptional stability, meaning even the heaviest foot movements during the most intense racing maneuvers will not dislodge these pedals. The set also features adjustable, long-travel metal pedals where the height and spacing position of the accelerator and clutch pedals can be adjusted. To simulate racing authenticity, the brake pedal offers progressive resistance. Brand new pedal heads were created specifically for this controller, featuring a unique design, exclusive to this special edition.

Tailored Technology at the Racers’ Fingertips:
The T300RS GT Edition racing wheel is made from metal and features a rubber trim, with the whole wheel being fully detachable, courtesy of the Thrustmaster Quick Release system. It features the official PlayStation®4 buttons (PS, SHARE, OPTIONS) offering instant access to the system’s menus and social features. Boasting an 11″ / 28 cm diameter and a metal central hub, the racing wheel delivers maximum realism, that is also supported by its weight, at no less than 2.6 lbs. / 1.2 kg. Perfectly suited to the force feedback ratio, the racing wheel’s weight feels as true-to-life as possible. With metal paddle shifters attached to the racing wheel, measuring 5″ / 13 cm in height, and a tact switch tested for over 500,000 activations, gear changes will always be extremely quick and efficient, enabling racers to shave precious fractions of a second off each lap time. The device offers deep customisation, allowing racers to assign multiple functions to the 13 action buttons and directional buttons. With a rotation angle adjustable from 270° to 1080°, the T300RS GT Edition allows racers to hone their skills with every type of car. Always making sure to deliver an ultra-realistic racing experience, this racing wheel can easily be fitted to desks, tables, and also mounted in a cockpit. It is compatible with the various components of the Thrustmaster racing ecosystem – detachable wheels (599XX EVO 30 Wheel Add-On Alcantara Edition**, TM Leather 28 GT Wheel Add-On, Ferrari F1 Add-on**, Ferrari GTE Add-on**, T500RS GT Wheel** and Base-Fixed Paddle Shifters kit**), pedal sets (T3PA-PRO **) or gearboxes (TH8A** and TH8RS**).

The T300RS GT Edition will allow racers to hone their skills with a brand new racing wheel, officially licensed by the world class Gran Turismo franchise, before the release of the highly anticipated newest entry in the series Gran Turismo Sport. In addition to the T300RS GT Edition, a new very high-end racing wheel positioned above the T500RS, designed for competitive eSports in close collaboration with the game’s creator, Mr. Kazunori Yamauchi, will be available at Gran Turismo Sport’s launch. 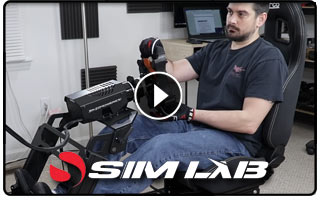 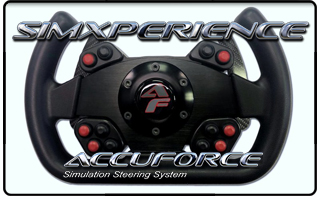 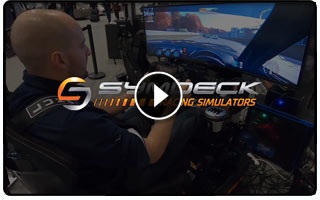 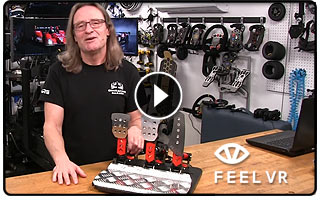