Creative players will be able to create unique liveries, selecting custom colors, patterns, and decals, and use the end result in the game’s career mode.

How many stickers can I add to a livery?
You can add up to 500 stickers.

Can I create my own stickers?
Yes, you can create your own stickers by modifying stickers already present in the Library and shape them to your creative will!

Are all colors and stickers available from the start?
No, not all of them are available – to unlock you’ll have to go through specific challenges and achievements (e.g: complete one season as a Junior WRC).

How can I customize my car in the Career Mode?
To customize your own car you’ll first need to complete all Anniversary Events, after that – start a new WRC2/WRC3 Career and pick your own Private Team.

Are all cars customizable in WRC 10?
Nearly 30 cars from the game’s entry list are customizable, however, only the Subaru Impreza WRC & the Audi Quattro aren’t available in the Livery Editor.

Are you planning to add more content to the Livery Editor?
Yes! Following the launch of WRC 10 this September, we will have two major free post-launch updates which in addition to adding new cars and stages will add new stickers & logos to the library.

Can I import my own stickers to the Livery Editor?
No, you cannot import stickers.

Can I share my livery with other members of the Community?
It’s currently not possible to do so. However, you can definitively share screenshots by using the Photo Mode or videos of your liveries!

To celebrate the 50th anniversary of the championship, WRC 10 is offering a brand-new Anniversary edition, packed with new content and sensations. In the retrospective mode, players will be able to relive the most intense moments from 1973 to today. The new WRC 10 History Mode puts your driving talents to the test through 19 historical events that require you to adapt to racing conditions of each time period.

There will be 4 new 2021 rallies included in this new iteration of the official FIA World Rally Championship game. Get ready to tackle the stages of the Croatia Rally, Rally Estonia, Ypres Rally Belgium, and RallyRACC Rally de España. Furthermore, include 6 historic rallies including Acropolis, San Remo, Germany, and Argentina.

The WRC 10 Career Mode has been comprehensively upgraded and now includes a livery editor. The upgraded physics engine will feature better aerodynamic force, turbo, and braking management, on all surfaces. Last but not least, the ever so important sound design has also been revamped.

On the competition side of things, WRC 10 will have daily and weekly challenges and a club feature enabling you to create your own competitions.

Just about a year ago, NACON and KT Racing confirmed that their licensing agreement with the WRC Promoter was extended until 2022 which will also enable them to develop and publish a WRC 11 next year. Codemasters (EA) will take over the WRC gaming rights in 2023.

Those who Pre-order WRC 10 before September 16th, 2021, will receive the legendary Subaru Impreza WRC 1997, as driven by rally legend Colin McRae. 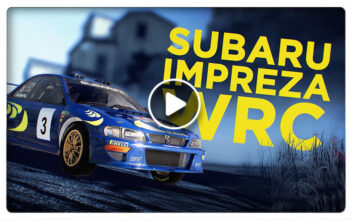