Another day, another reveal. Kunos Simulazioni continues its video series introducing the cars in the upcoming GT4 Pack DLC for Assetto Corsa Competizione.

Let’s have a look at the Alpine A110 GT4. French car manufacturer Alpine presented the A110 GT4 which is based on their A110 road car, at the Geneva Motor Show 2018. The car was developed by Alpine’s motorsport partner Signatech, to compete as a customer racing car with factory support from Signatech in championships such as the SRO European GT4 Series.

The Alpine A110 GT4 is powered by a 4 Cylinders, 1.8 liters Turbo Renault engine that delivers between 330 and 360 hp depending on its BoP. the power is transferred to the rear wheels via a six-speed sequential gearbox.

The GT4 Pack DLC will include 11 car models as raced in the SRO GT4 European Series. Up until now, Kunos officially revealed 6 racing cars as part of the paid DLC: 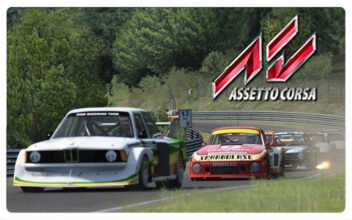